Manchester United legend Nemanja Vidic was full of praise for goalkeeper David de Gea after he secured his 100th clean sheet for the Red Devils on Sunday. The Spain international has been a consistent performer for United, having been named in the PFA Team of the Year for the past three seasons. 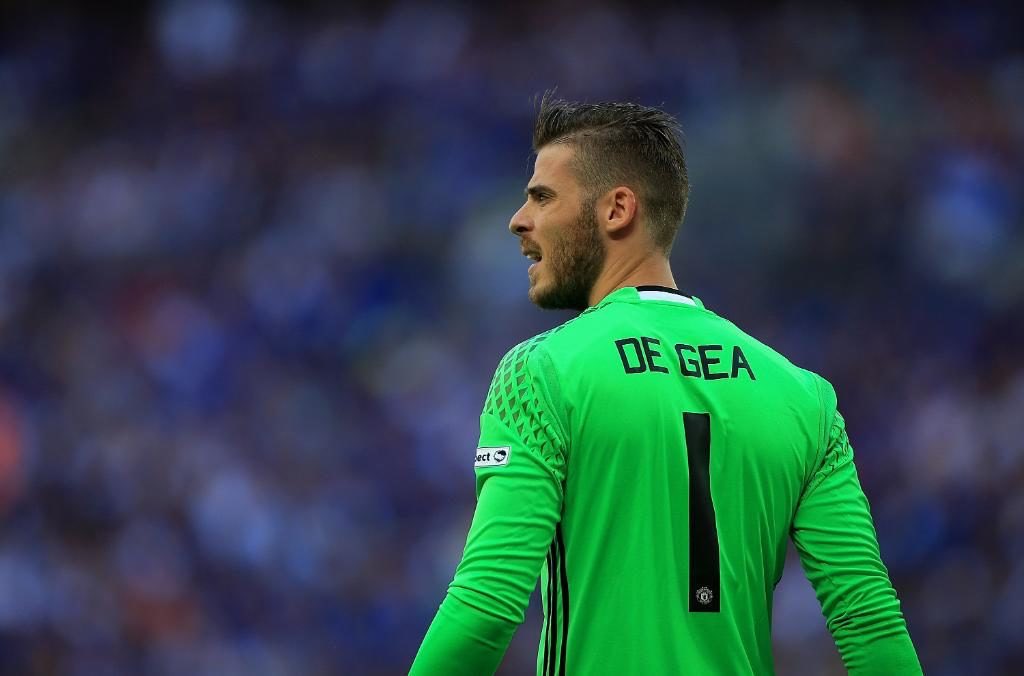 On Sunday afternoon, the Red Devils enjoyed a solid 4-0 victory over Everton at Old Trafford, and the game would have been much different had it not been for the unparalleled reflexes of De Gea. The 26-year-old has been in splendid form since the start of the campaign, and he pulled off a couple of match winning saves against Wayne Rooney and Gylfi Sigurdsson, to show his true value to United.

Speaking to Sky Sports on Super Sunday, the former United star admitted that it is tough to choose as to who is the better keeper between De Gea and Manuel Neuer. He added that De Gea is undoubtedly United’s sole world-class player, although he had a different opinion on the Spaniard at the start of his United career.

He said: “He’s Man United’s world-class player. There is absolutely no doubt. I gave him quite a bit of stick when he first came here, because he was nowhere near it at that point. But he’s absolutely outstanding.” Seeing him in action live is one of the many reasons given to this site by fans who are eager to get their hands on Man United tickets.

De Gea has now kept four clean sheets in his first five league games, and he looks determined to guide United to their first Premier League title since the 2012/13 campaign. The Spaniard has been annually linked with a move to Real Madrid, but the United fans will cherish the fact that the shot-stopper will not be going anywhere for the current season.

The Spain number’s one has been heavily worked up during the early part of the season, and he is likely to get a much-needed in midweek when United host Burton Albion in the League Cup. Sergio Romero is a likely candidate to his place.